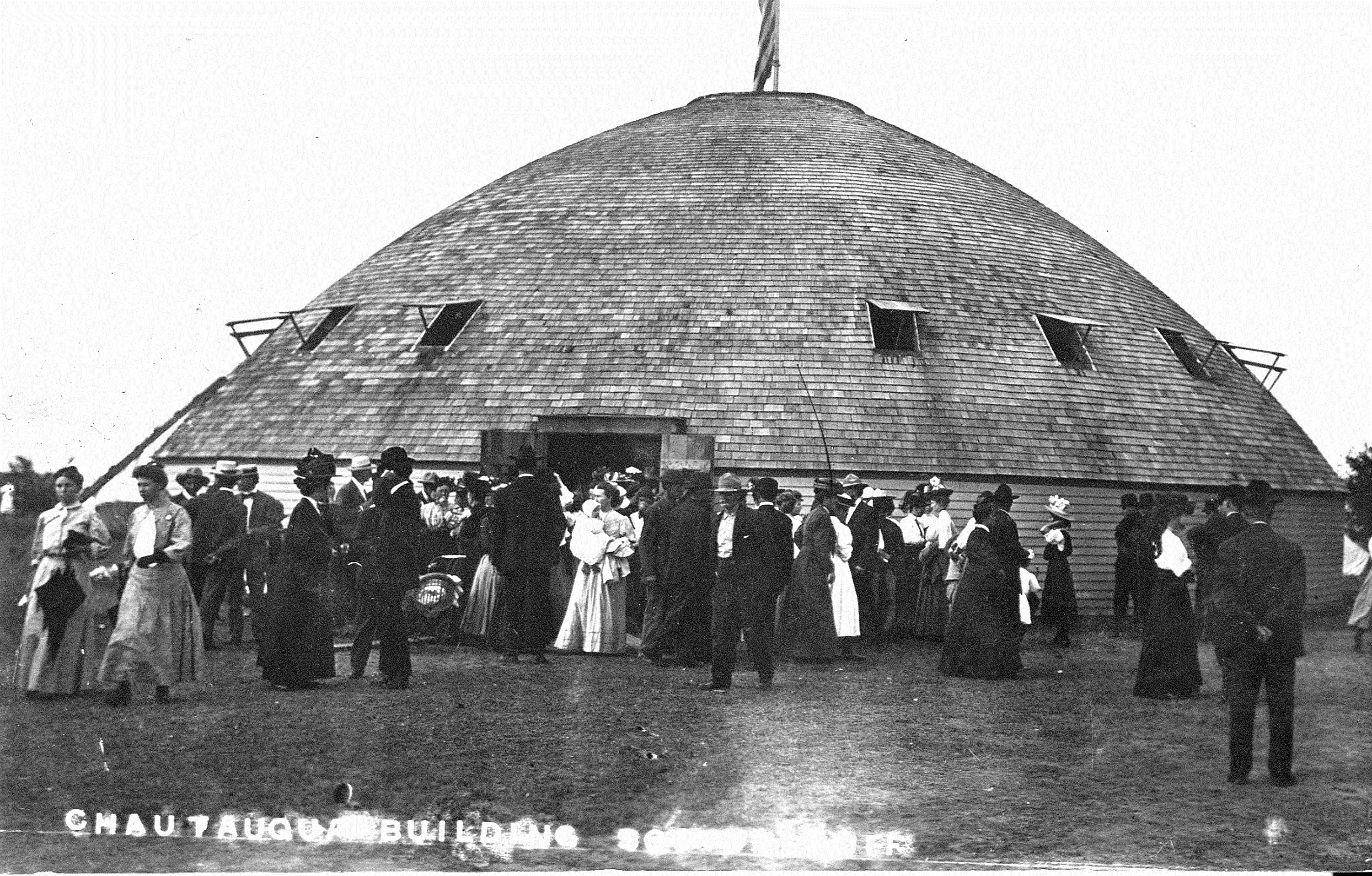 Scottsbluff had a Chautauqua building from 1905-1911, where Roosevelt School is today. During Chautauqua meetings, people rented tents and camped on the grounds.

We are excited that the Humanities Nebraska Chautauqua is coming to Gering-Scottsbluff this summer, June 25-19, 2014, and especially excited that the big tent will be pitched at Legacy of the Plains Museum!

What is Chautauqua? It’s a roving educational circus, in a manner of speaking.

The Chautauqua tradition dates to the late 1800s, when touring lecturers would entertain and inform people living on the plains, speaking about political and cultural happenings. Today, attendees gather under the big tent and enjoy scholars-in-residence presenting first-person portrayals of important historical figures.

This “Free Land?” Chautauqua, sponsored by Humanities Nebraska and the Nebraska Cultural Endowment, explores the impact of the 1862 Homestead, Morrill, and Pacific Railway Acts on the people of the Great Plains. This Chautauqua is a superb opportunity to highlight our local history and how it is linked with the history of America.

Leading up to Chautauqua week, there will be book and film discussions relevant to the Chautauqua topic (see schedule below). Scholars portraying Mark Twain, Grenville Dodge, Willa Cather, Standing Bear, Laura Ingalls Wilder, and George Washington Carver will appear in the Chautauqua tent, while local entertainment and workshops will be held throughout the community. Stay tuned for further details!

CHAUTAUQUA PRE-READING / PRE-VIEWING Book discussions will be held at Legacy of the Plains Museum & the film discussions will take place at Midwest Theatre. Dates and descriptions of each event:

TBD: Book discussion on Rachel Calof’s Story: Jewish Homesteader on the Northern Plains. A memoir ofpioneering life on the prairie, Calof comes to the United States from Russia at the age of 18 and settles with her new husband on a homestead in North Dakota
.
March 16, 2:00 p.m.: Book discussion on By the Shores of Silver Lake by Laura Ingalls Wilder. Wilder’s tales of early pioneer life have delighted generations of both children and adults.