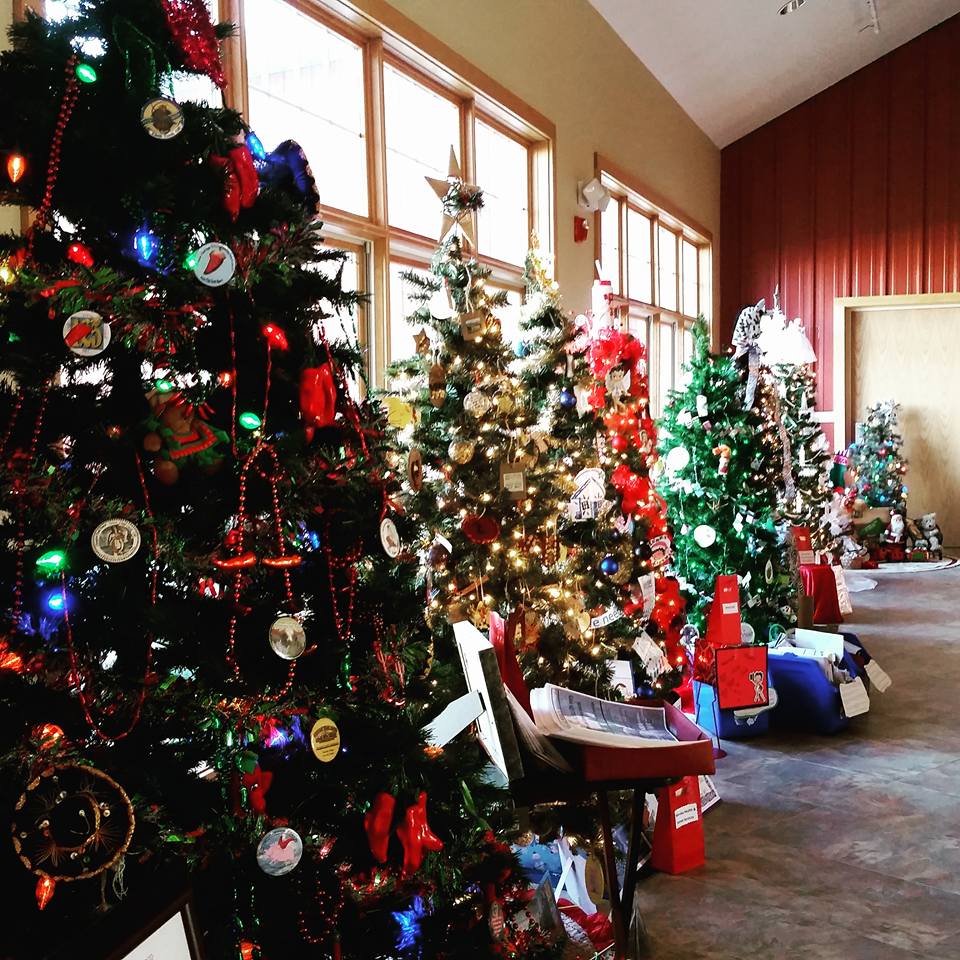 We are pleased to announce the results of this year’s annual Trees Along the Trail Christmas tree decorating contest. Before we announce the winners, we’d like to say that this year, there were some spectacular trees! There were many that were just votes apart, we have our winners!

This year’s first place is the Katahdin Chapter of the Daughters of the American Revolution with their tree, “Flock to Freedom”. Daughters of the American Revolution won the most number of votes with their patriotic themed bird design.

Our second place winner and the President’s Choice is the Scotts Bluff County Home Extension Council with their tree dedicated to Nebraska’s Sesquicentennial in the upcoming year. Coming in third place is the Wildcat Audubon Society! As an additional special announcement, we’d like to mention that in the upcoming year, Legacy of the Plains has worked out a deal with the Scotts Bluff County Home Extension Council to have their tree on display during next year’s special Nebraska 150th birthday exhibit so you can some see it on display in 2017.

We’d like to thank everyone who participated and hope you’ll continue to do so. We’ll see you in the new year!